Hovertext:
This is basically an amalgam of Gaskill, Montgomery, and Austen, but with honest emotional states.

Saturday Morning Breakfast Cereal - Get Me by tech@thehiveworks.com
Sunday January 19th, 2020 at 2:55 PM 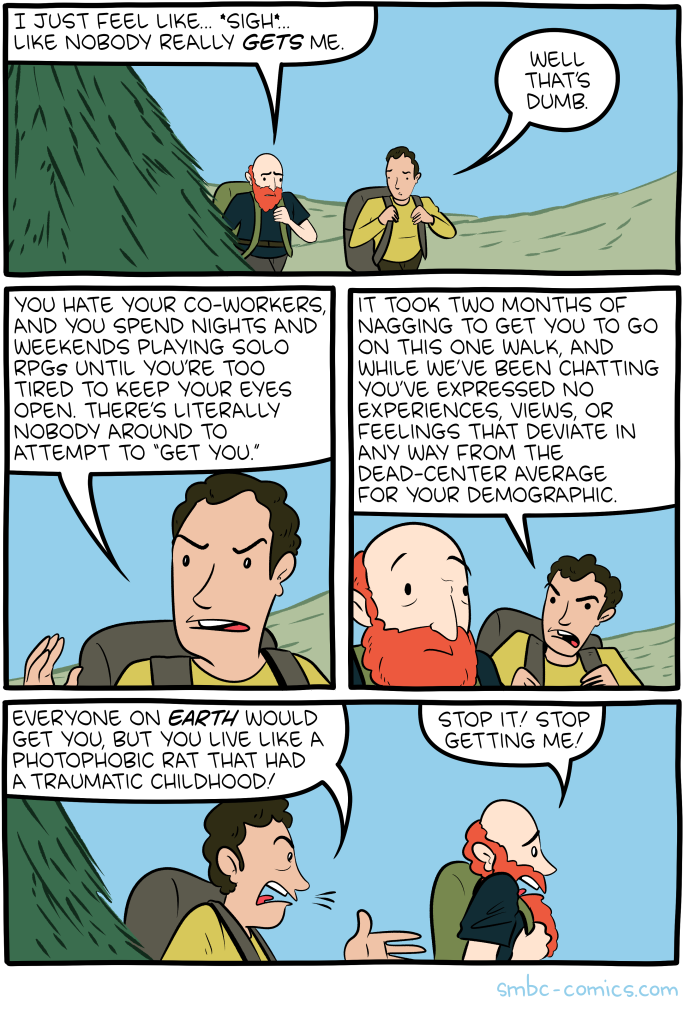 Hovertext:
This one ended up way meaner-looking once it was drawn it. I'm prepared to roll with it.

A channel dedicated to the games you love, the artists who make them, and most of all, YOU – the fans who love them. For more great gaming content, visit our website at <a href="http://Polygon.com" rel="nofollow">Polygon.com</a>. And be sure to subscribe so you never miss a video: <a href="http://bit.ly/2ft7Xv8" rel="nofollow">http://bit.ly/2ft7Xv8</a> Channel photography by James Bareham. 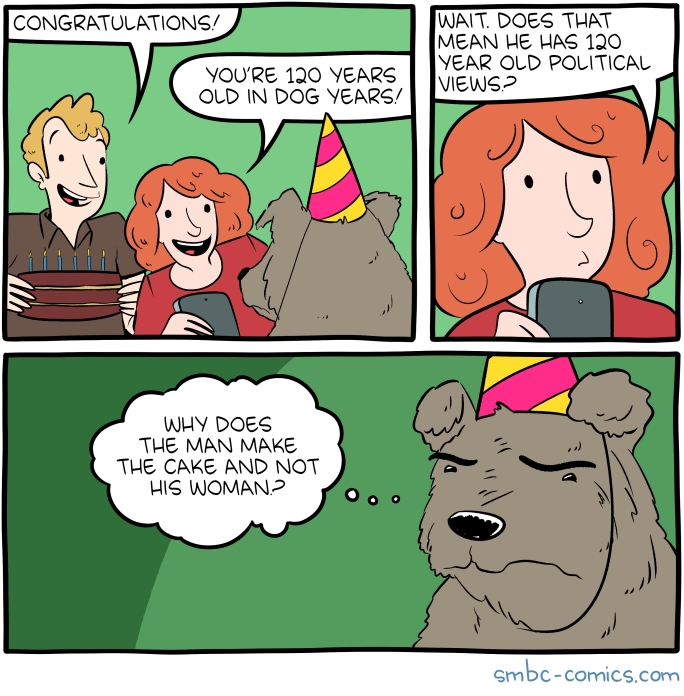 Hovertext:
Thank you once again to the patreon typo squad.

A genuinely innovative artwork requires time to fulfil its effect. Jeff VanderMeer’s Dead Astronauts is one such work – bewildering, perplexing, original – and I would recommend that readers allow it the concentration it demands. The opening third poses as a quest narrative, a fantastical variant of the classic western: three battle-scarred gunslingers set out across an ecologically ravaged landscape in pursuit of an enemy. Our heroes are Grayson, a black woman and sole survivor of a disastrously failed mission to explore deep space; Chen, an indentured worker bound in perpetuity to an invasive corporation known only as the Company; and Moss, whose name was once Sarah, now a complex, composite organism who has been partially absorbed into the structure of the worlds they move through. The enemy they seek to defeat is the Company itself, and more specifically its agent, a deranged Dr Moreau-type biologist named Charlie X. The three are helped along their journey by Charlie’s failed experiments: the blue fox, the duck with the broken wing, the leviathan called Botch, a hive-mind of salamanders.

This kind of formal innovation is pure catnip, an indication that as a mode of expression the novel is still vigorous

It wasn’t Charlie X’s fault, in a way, even though it was all his fault. Charlie X just thought in the old way. Plants couldn’t feel pain, animals were objects to be manipulated as products or resources … and it mattered little if the pure part of beauty was blood. It had become a death cult, under a veneer of what was inevitable and necessary, and anything else was illogical.

Then come diagrams of creatures that look like autopsies or recipes. Some almost whimsical. A plant that becomes a sea anemone that becomes a squid. Others like levels of hell. Bear-men and men like bears. Scenes of slaughter you pass quickly. More “instructions” in sentences and paragraphs in a language you don’t understand. Spanish in high school and some knowledge of Russian, so you know other alphabets. But this matches nothing you’ve ever seen.

Related: Are we alone? SF is as sure a guide as any